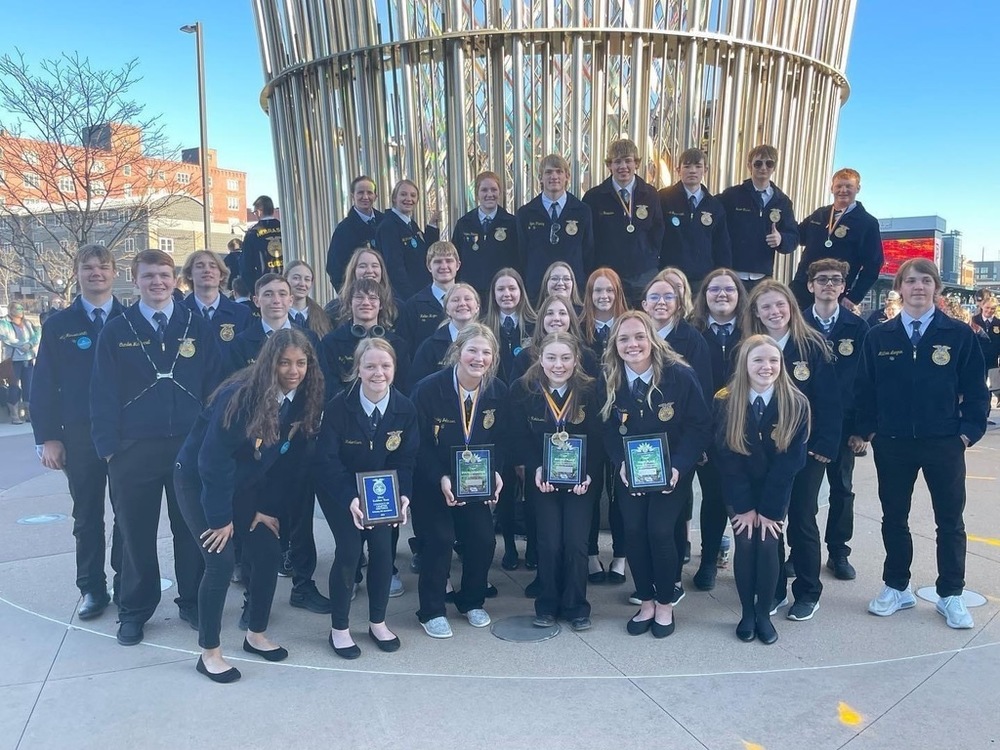 Wallace had a very successful state convention and with a combination of state champ teams, chapter awards, and CDE successes we have a lot to celebrate.

Wallace also received many awards at convention as well. Morgan Lungrin, Denay Pelster and Ainsley Strawder all received their state degrees. Mrs. Kemp received the Advisor of the year award and got to take home $1,000 for our chapter. We received the NIFA Governor's Excellence award along with $2,500 and The Farm Bureau Connecting Chapters Award for teaching younger students about agriculture and advocating about food sources.

Wallace will be having their annual FFA banquet April 25th!